“I have four totally, utterly in-cred-ible cats; Disco, Mushroom, Acid Mouse and George Michael. They are all rescued so each one has a yank-on-the-heartstrings X Factor style back story.”

What bought you to Ibiza?
Well, I’d like to tell you that I was drawn here by the enigmatic natural beauty of the island and the magic magnetic pull of her ley lines. But like a lot of my pals who now live here, it started – a long time ago – with the annual lure of dirty house beats and equally filthy club car parks… particularly the ones outside DC10 and Amnesia. They were an absolute hoot! Actually, the first few times I visited, it was for work as I was Editor of Ministry of Sound magazine. The island felt like Disneyland for grown ups. (I obviously use the term “grown ups” very loosely.) I remember flying back to London after three days and thinking what the f*** just happened? At that point, I never thought I would live here. Are you kidding?! Dying, potentially… but certainly not living!

So, what changed?
I suppose the more I holidayed here, the more I got to appreciate the “other side” of the island. A whopping cliche, I know, but Ibiza pretty much has everything you could want to experience in life… so much so, I doubt “sunsets” or “Es Vedra” would even get into my Top Ten Ibeefa Attractions. It was 2015 when I eventually decided to up sticks from Notting Hill. I was about to finish writing my second book and was looking for a new adventure, actually make that my first adventure. (I’d never been one for big changes… I tended to find anything in the “life over haul” arena a bit *eye-roll*.) And also, at risk of sounding like a MAJOR West London tosser, I had a feeling the property market was “maxing out”, so I decided to cash in and escape whilst I could. It was the best decision. I feel so lucky to live here.

How different was it living here to being on holiday?
Totally different. I don’t think I even saw the inside of a club for the first year. Actually, that’s the classic White (Isle) lie… everyone always says that when they move here! I did go out a bit, but there was too much to do around the house. I became obsessed with DIY. Trust me, when I say that learning how to use a circular saw is mega LOLZ! I do know people who have moved here and gone cray cray partying as if they were still just doing “the season”, but they soon learn their lesson! Not that I am being judgy. It is actually against the law in Ibiza to be judgemental over how people spend their leisure time. You could be in your late eighties and getting wheeled onto the Circo Loco dance floor (hooked up to the necessary breathing apparatus) and no-one would bat an eyelid. They’d probably just ask if you had any spare meds!

Tell us about your furry family
I have four totally, utterly in-cred-ible cats; Disco, Mushroom, Acid Mouse and George Michael. They are all rescued so each one has a yank-on-the-heartstrings X Factor style back story. Happily, they are very spoilt now – we’re talking extreme levels of pampering and indulgence. Nothing is too much trouble for my pussies. A mate of mine said that they remind him of those minted Saudi princes who fly to the UK each year to blast their customised Lamborghinis around Knightsbridge. I have always been a cat person but in a MASSIVE canine curveball, I have just adopted a very old Cocker Spaniel, Raver. She is be-yond adorable; pretty much totally deaf and blind but still has a real spring in her step. She won three rosettes at the Ibiza doggy show last week including Best in Show…massive Crufts vibez! 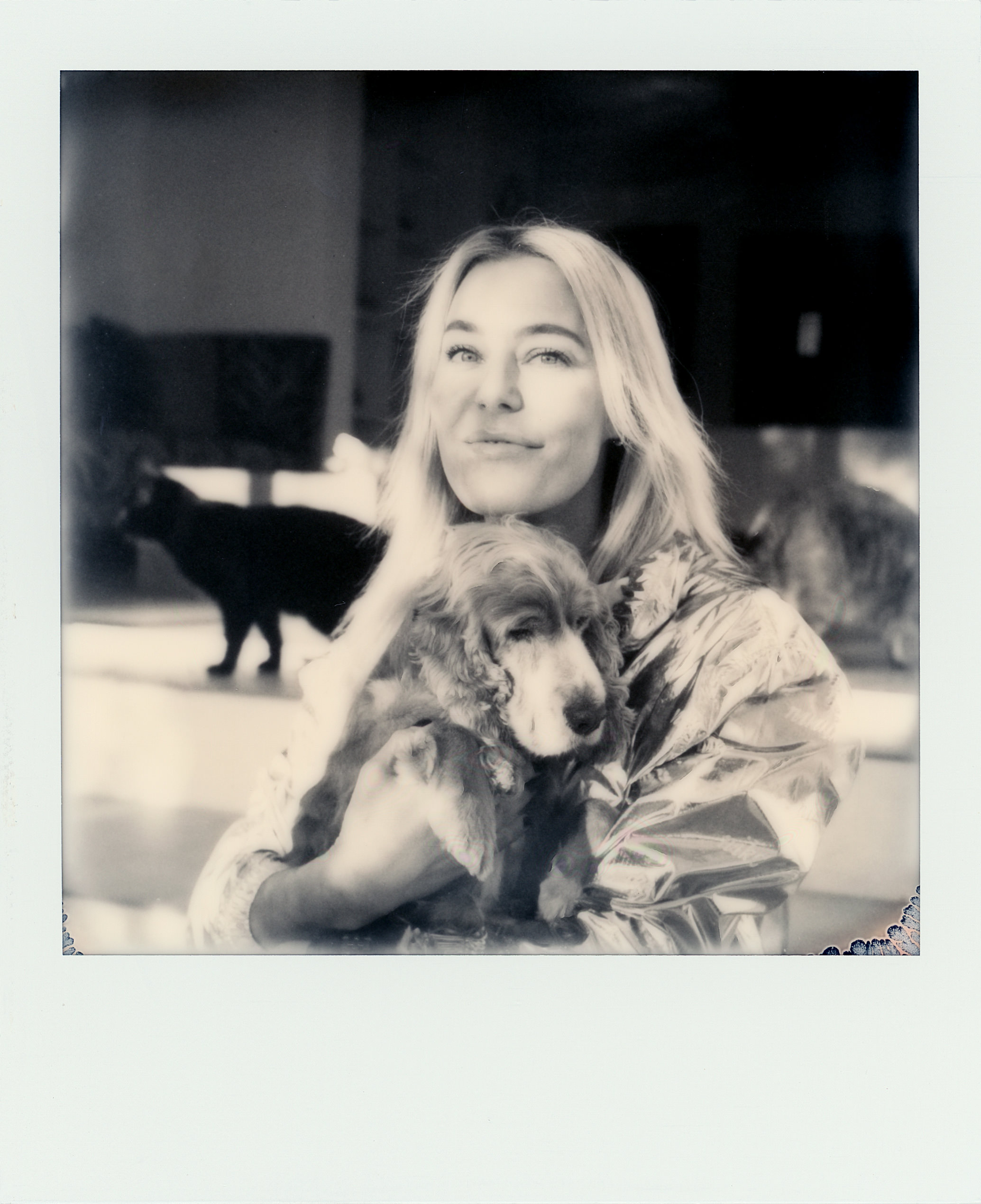 Did you adopt your cats as kittens?
Nope. I am verging on militant about the importance of re-homing older animals. Only Acid Mouse came to me as a kitten… my ex found him in a recycling bin in San An. He was only three weeks old so I got to bottle feed him, which as any cat lover knows is the ultimate #felinegoalz. I was gutted when it was time for him to go on solids…that little squeaky face, those tiny claws gripping the bottle! I meeeeean! Given half the chance I think I would have carried on bottle feeding him until he went to university.

Is it true your cats eat better than you?
Well, they get the very best kitty food available on the island, and this is supplemented by fresh fish and organic Lily’s Kitchen (from Waitrose) which my friends bring over from the UK whenever they bring “hold” suitcases. I live in the countryside so the moggies are always hunting too. Unfortunately, Disco likes to present her prey to me before chowing down. Last summer, she appeared in my bedroom at 3am to “gift” me a fully grown Spanish tree rat. He was so big I could actually see the expression in his eyes – they were not so much beady, more showbiz razzle dazzle! – and he was freakily agile. He spent a good half hour scuttling up and down my bedhead using the iron bars to swing from the one level to the next… like something out of a rodent Cirque Du Soleil. Eventually, I managed to catch him in a Tupperware tub, so I took him down into the woods (with a bit of goat’s cheese for the journey) and released him. Freedom was the very least he deserved after putting on such an entertaining show.

How did you get into writing books?
About a zillion years ago, I did work experience at Smash Hits and things followed on from there doing other writing for music, women’s and lads’ mags. But I had always wanted to write a novel since reading Jilly Cooper as a kid. She still remains my favourite author ever. Her novel, Riders, is the best book ever written. Everyone knows that! And undoubtedly, Rupert Campbell-Black is the finest leading man created in modern literature. My other two fave authors are John Niven (Kill Your Friends) and David Nicholls (One Day), both of whom are so readable, clever and funny it is almost depressing.

Is writer’s block an actual thing?
Errrrrm… well, I think that like with any job, sometimes you simply can’t be arsed to do it! But obviously writers being the rather dramatic and self indulgent crew that they are, decided that they needed to have their own unique way of describing the “suffering” of not being able to put words on a page. Ask any publisher or editor (who is waiting for a manuscript/feature) whether writer’s block exists and they’d probably take great pleasure in telling you that it probably does, “But contractual deadlines definitely do.” I tell you what is very real for writers, though… and that is the The Fear.

The Fear?
Yep! It’s not that you can’t write, it’s The Fear of not being able to write in a way that is a grammatical and emotional representation of your capability as a writer.  I always get The Fear when I write, no matter what I’m writing. At school, I remember that as soon as I lifted my sensible Parker fountain pen to start an essay, I would feel that acidic whoosh of anxiety which would build into full blown terror. This has never left me. I’ve even been known to write “dummy” birthday cards so I can be sure the sentiment, syntax and font size are the perfect fit!

So how does a writer defeat The Fear?
You don’t…and you shouldn’t try. Will Self once said, “You know that sickening feeling of inadequacy and over-exposure you feel when you look upon your own empurpled prose? Relax into the awareness that this ghastly sensation will never, ever leave you, no matter how successful and publicly lauded you become. It is intrinsic to the real business of writing and should be cherished.” And yes, I did just quote Will Self without ever having read an entire book – not even a third of one! – by him… I admit it. 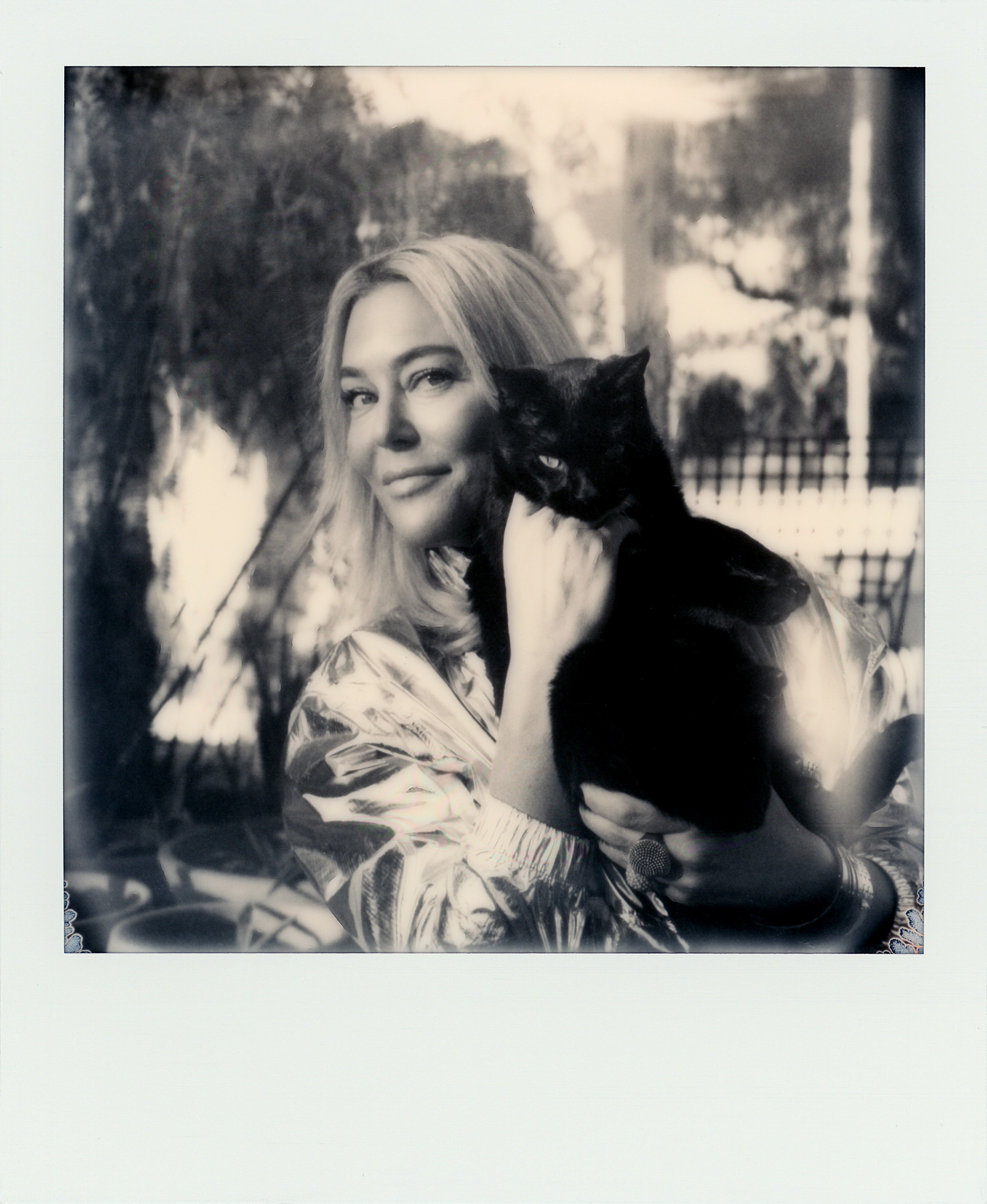 Is there any advice that you would give an aspiring novelist?
Well, I’ve only written two books so I’m hardly in a position to preach, but I think a good rule to implement when attempting that very first draft is to never ever show it to friends or family…and definitely NOT the person you are in a relationship with. He/she will NEVER say the right thing. Even if they say your work is “phenomenal”, you will be insulted they didn’t think it was “fearlessly ground breaking” too. And even more importantly, if your work is a load of shite’n’onions, they will not give you the truth. Ultimately, if you’re looking for a traditional publishing deal and not self-publishing, only your potential agent (who will represent you) and ultimately, future publishing house (who will be paying you) will offer an opinion which matters. Oh, and I have just thought of another rule. The golden one, in fact. It’s simple… WRITE! So many people say they have a book “inside of them” but never get round to dipping that proverbial quill in the ink.

Tell us something which makes you cringe
Ah, this is easy. Social media. I understand that as a digital tool it is essential to modern commerce and communication and of course, the global dispersal of feline memes… but it can be so crrrrrrrrrringe! Especially Ibiza Instagram posts. The worst offenders are the girls who caption O Beach champagne spray parties or an afternoon at Ants with Buddhist proverbs about mindfulness or “living from within”. Oh and also those supposedly caught in the moment “idyllic Balearic mother and child” posts, where the mum and kid – always wearing white – are captured (by the dad) “candidly” from behind walking down some immaculate beach decking towards an expensive chiringuito for lunch. I’ve witnessed couples spend up to an hour capturing this snapshot of dreamy family life, but then spend the entire meal in silence, whilst Junior smears paella and padron peppers all over his pristine knickerbocker jumpsuit. Haha. Although, all of that said, I am going to start an Insta page for my cats called @ibizapussy… and I am sure people will find that equally as nauseating. 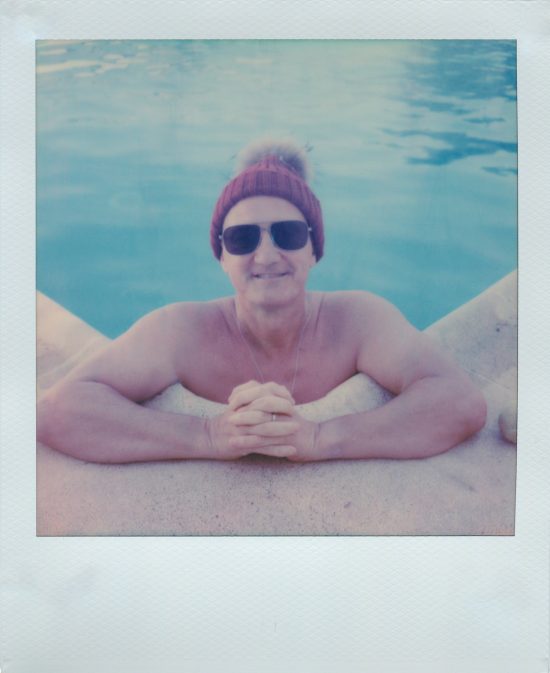