“I figure if you have the information, why not share it?”

Is it true in over 40 years of living in Ibiza, you’ve never sat down with a drink to watch a sunset?
I honestly cannot recall sitting in an actual sunset bar to see the sun setting with a drink in my hand. Possibly it’s the thought of people applauding the sunset (laughs.) I have however stood in a field with a friend somewhere near Cala Vadella and saw the sun set, then scarpered back to San Jose for a quiet drink. Eventually a sunset drink will happen and I can cross it off my ever dwindling bucket list.

How did you arrive in Ibiza and what were your first impressions?
I arrived in Ibiza (having first looked it up in an atlas to see where and what it was) in Easter 1978, by boat via Palma. Sailing into the harbour and seeing the castle right at the top of Dalt Vila with all the little white fishermans houses from Sa Peña jutting out into the sea was a magnificent sight. I’ll always remember that first impression: getting off the ferry, right in the middle of the old harbour in the centre of Ibiza town, full of little bars and a mixture of locals and hippies. I sipped my first Spanish espresso and thought it was awful – I still do! I spent the next few weeks walking up to the top of Dalt Vila, wandering through all the tiny little streets and seeing the Gitanos (I use this word in the nicest way) sitting outside those tiny whitewashed houses and children playing in the streets. I’d never seen anything like this before! It felt extremely safe and it does to this day. I still love walking up to the top of Dalt Vila and I find it hard to believe that so many people holiday on the island and never discover this area, the most historical of the island.

Has anything remained the same since that time?
Things that have changed here far outweigh those that haven’t. I miss getting happy-drunk for a few pesetas, chatting to Martin the barman and all the wonderful characters in the Bar La Taverna in the Calle de la Virgen; it’s now changed into something else, as have most of the original bars and shops in that area. The same thing has happened to the old original bars at the end of the Port where all the “action” was, like the well known Clive’s Bar. The streets were packed and you had to elbow your way along the Calle Mayor behind the port. Some things have remained true: If you go far enough into the countryside, you may just see some of the old Payesas with the Ibicenca traditional dress looking after the goats under the almond trees. Bar Anita in San Carlos also remains faithful to the original. The biggest change in Ibiza has to be the roads. Never did I imagine motorways and dual carriageways on this small island and the volume of traffic and tourists who now visit. And never did I imagine the VIP culture either.

What’s the funniest thing someone has asked you during your time here?
There are far too many funny things I’ve heard, given my years of tour guiding and working for over 15 years in the airport. But I still chuckle at the thought of people asking me “Where can I get the bus to Majorca?” 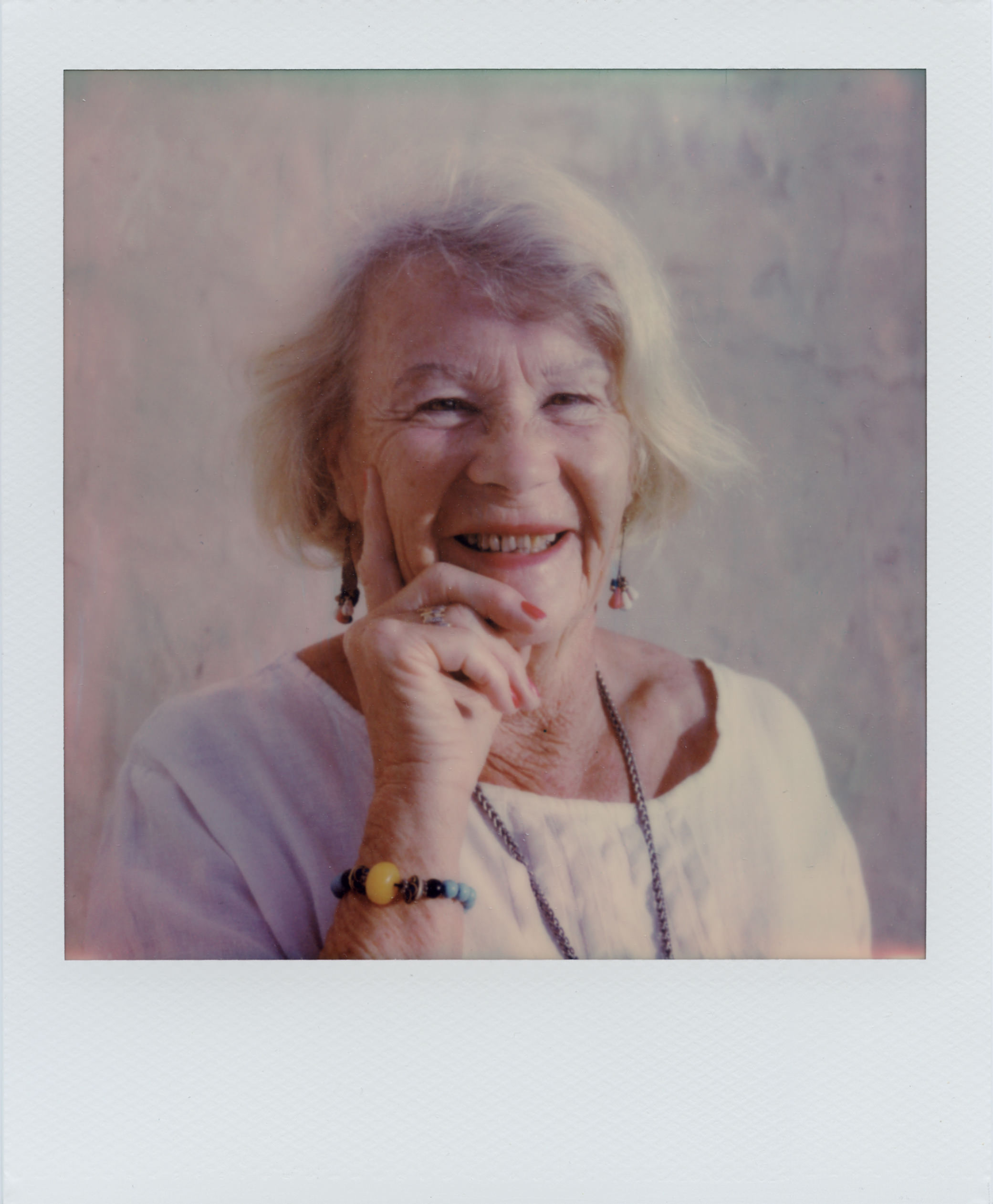 You’ve become a go-to person for island help and advice on several Facebook groups. How did this happen?
I think it’s mostly my age, as I can say that I’ve been there, done it and seen it! Living here in the late 70’s there was no phone, no internet, no social media. I just had social contact and an orange Mehari! I lived in an old finca with no water and no electricity, so I had an incentive go out and look around! I did a lot of walking, searching for things and places, so naturally these things and places stuck in my mind, even though they may now have disappeared. I obtained my Spanish Nationality papers, my driving license and everything else the hard way, by going to the various offices and asking how to do it. So really it’s all down to personal experience, gathering information and being naturally curious about things. I enjoy passing on what I know; I figure if you have the information, why not share it? I like helping people and since retiring it keeps my brain active and busy. I always swore I’d never join Facebook and look at me now. My children despair of me.

What else are you curious about?
The ability of people who carry on working here and are prepared to pay such high rental prices! My attention at the moment is focused on what will happen to the island economy due to the Coronavirus crisis. The Balearics are stunning at the moment with the beaches in great condition for the residents to enjoy in a way we haven’t in many years. But another hard winter is coming up and I just hope that people can survive it.

After all this time on the White Island, have you ever gotten bored with it?
Never. Besides my family I have some very good friends here who won’t allow me to be bored or boring. I also enjoy my own company and spend a lot of time reading. There isn’t enough time to get bored. The island is small, but easy enough to get on a flight and visit one of the sister islands or the mainland even just for a day if I feel like a change. I worked for the same tour operator over many years, so I was lucky to take different trips each year. I have a small list of places that I want to visit. I went to Krakow last year and hopefully the next one on this list will be crossed off later this year.

What’s your favourite time of year on the island?
It has to be at the end of the season. Having worked in tourism as a tour guide and then front-line at the airport (with both day and night shifts) I always looked forward to that wonderful 1st of November when the island quietened down and the pressure was off. Now that I’m retired, I can at last enjoy the summer too.

What has mass-tourism & popularity done to Ibiza?
Mass tourism, in my humble opinion, has taken a relatively unknown island and placed it on the Global stage. Ibiza was just a peaceful, unspoiled, tiny Mediterranean island to come and chill out on, with beautiful beaches and a laid back way of life. I have been told, like anyone who dares to say how much it has changed, that we have to move with the times. Well the times have moved and the island is now famed for being a “floating discotheque” with a big VIP following and everyone trying to get in on the act. That’s fine, but I met Ibiza when it was totally untouched, with impossible roads and little shops where you could have a drink while you shopped. For that I am grateful. 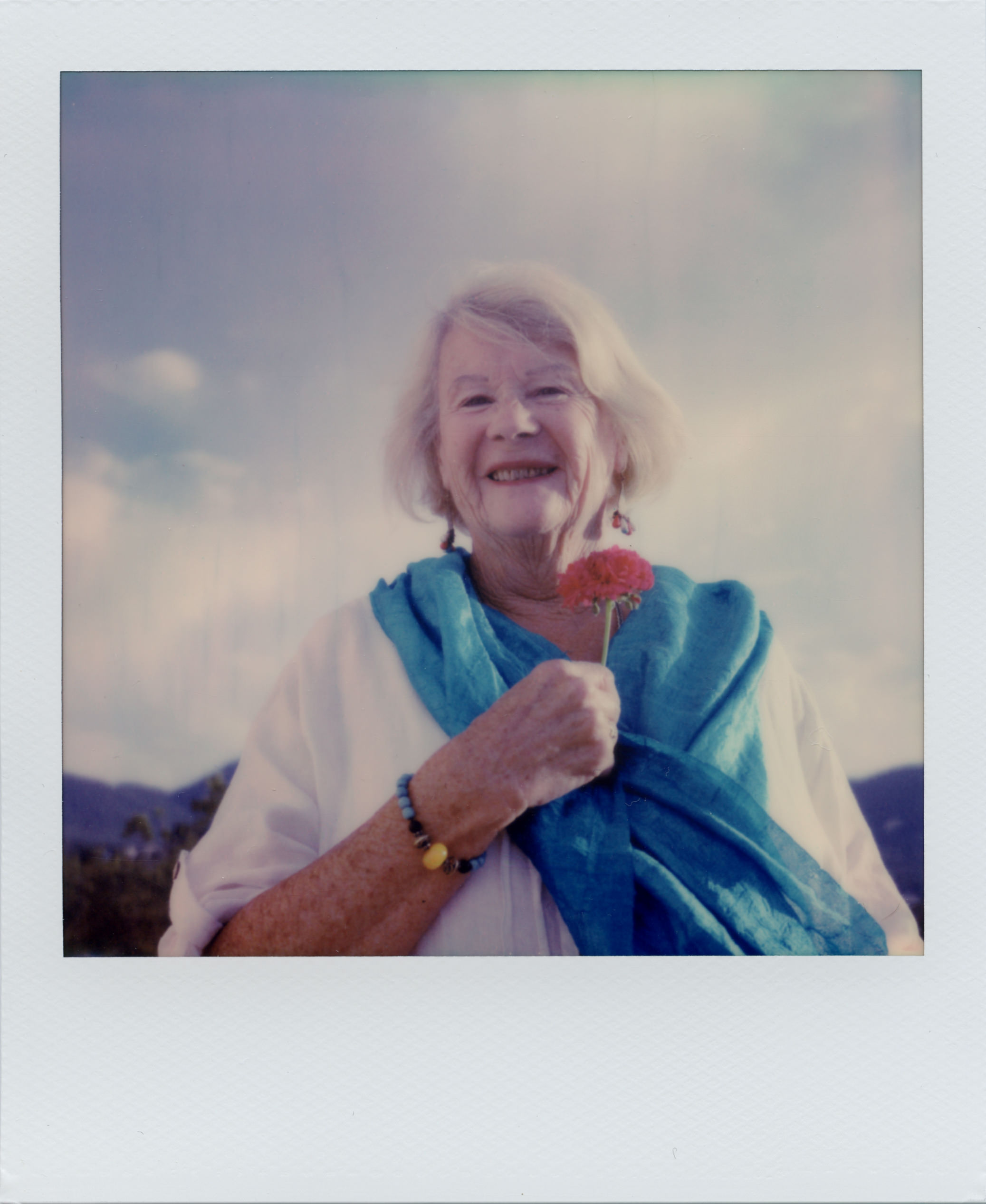 Best hidden spot on the island?
Remains just that.

Something about you that would surprise others about you
I’m shy with strangers and embarrassed by public accolades.

What are you curious about?
People…to the point of nosiness! I’d like to hand everyone a questionnaire with all the things that I’d love to know about them (laughs.) I’m really interested to know all about those around me, why they are here, what they do and who they know.

After 42 years of living here
I appreciate all the friends that I have made over the years and when I’m walking around my local village saying hello to everyone I feel that I am truly a part of things. That’s something that comes with time and respect for the people and their island, because even after 42 years here, it is still their island, and we have to remember that.